My current research focuses on understanding controls on sedimentary basin development from source to sink. By exploiting both quantitative geological and geophysical methods to analyze the evolution of sedimentary systems across geologic time, I use an approach that correlates terrestrial, coastal, and submarine sedimentary system models. 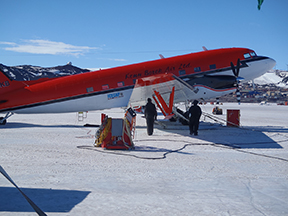 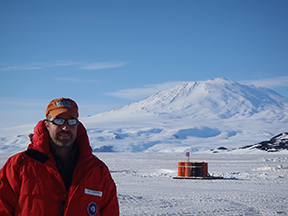 Geographically, my research has taken me from Antarctica to North America investigating facies distributions from the Mesozoic to the Holocene. In particular, I am interested in understanding and quantifying the impacts of large-scale processes, including eustatic, fluvial, glacial, and tectonic dynamics, on sedimentary basin evolution. Inherent data collection and analysis employs and interdisciplinary approach from airborne, terrestrial and marine geophysics, including potential fields and multichannel seismic methods, to more traditional geochronologic sampling of geologic cores and outcrops.

My current project investigates the sediment source terrains and routing of the pre-salt early Jurassic and Triassic record in the Gulf of Mexico basin. This build on a primary component of my previous work that focused on how inherited structural constraints and sea level fluctuations dictate the geomorphologic evolution of basin systems.

Recent and ongoing research projects include: 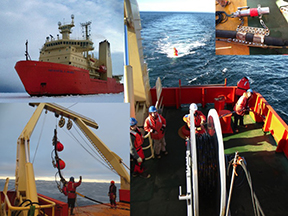 Given the interdiscplinary nature of my research, I continue to have the good fortune to work with several research groups both internal to KU and at my alma mater - University of Texas-Austin. While a post-doctoral fellow at KU, I have teamed up with Dr. Mike Blum and his Sedimentary Geology research group to better assess source-to-sink dispersal mechanisms and identify geochronologic constraints on the stratigraphic record. My research interests have also provided for collaborative engagements with other KU research groups notably including Geophysics and Glaciology. Additional external research collaborations with the GBDS Consortium and ICECAP projects at the University of Texas Institute for Geophysics continue. 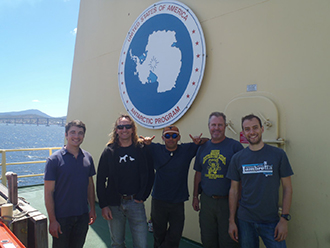 Given the multi-disciplinary nature of our research, we always welcome potential collaboration with colleagues who may provide new analysis, modeling, or technical tools to assist in present and future research. Bright, affable graduate students with a strong penchant for adventure and quantitative reasoning are also highly desirable.